As the most trusted pool builder in Los Angeles, we have the skills to create something truly extraordinary that you will enjoy for years to come. New technology makes it possible to achieve any look in your backyard, with an inground swimming pool that transcends the ordinary. Your luxury Los Angeles inground pool should complement your home, with landscaping and features that reward a well-earned lifestyle.
. 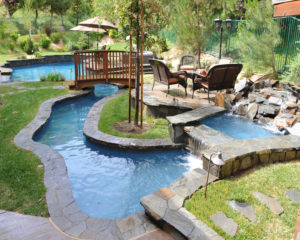 If you’re ready to create the best Los Angeles inground pool money can buy, we have the experience and dedication to make it happen. Contact us today for more information. 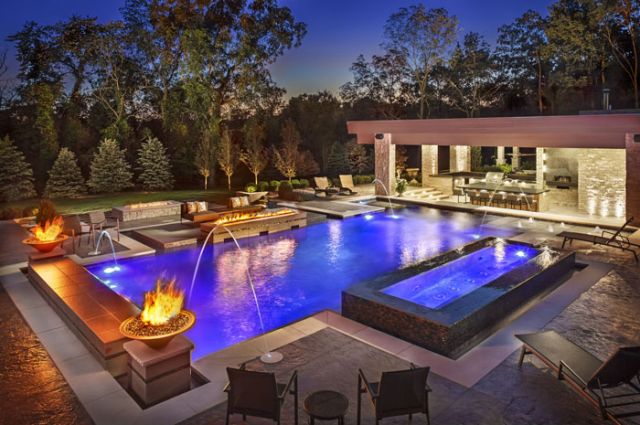 .
Los Angeles, popularly known by its initials L.A., is the second most populated city in the U.S. right after New York City. Five months before California became a state, Los Angeles was already considered a municipality. Today, Los Angeles has an estimated population of almost four million, making the biggest city in California.

The name Los Angeles is Spanish for “The Angels.” Hence, it gained the nickname “City of Angels.” The city is known for its Mediterranean climate and diverse population. Los Angeles hosted the Summer Olympics in 1932 and 1984. The city planning to host the said event for third time in 2028.

Popularly known as the home of Hollywood, Los Angeles is a major player in the entertainment industry. The city’s Hollywood neighborhood has become recognized as the center of the motion picture industry and L.A. annually host the Academy Awards. It is also the location of the oldest film school in the United States, which is the USC School of Cinematic Arts.

The performing arts portrays an important role in Los Angeles’ cultural identity. In the Los Angeles County alone, there are over 800 museums and art galleries. Some of the prominent museums are the Los Angeles County Museum of Art (the biggest art museum in the West Coast), the Getty Center (the world’s richest art institute), the Petersen Automotive Museum, the Huntington Library, the Natural History Museum, and many more. If you want to view more art pieces, be sure to visit the Gallery Row because the Downtown Art Walk happens there every month.

Los Angeles County Museum of Art, also known as LACMA, is an art museum that is on Wilshire Boulevard. It is next to another museum, which is the La Brea Tar Pits and Museum. Since the museum’s foundation in 1965, LACMA has been dedicated to collecting works of art that are reflecting Los Angeles’ diverse culture.

LACMA remains to be the largest art museum in the western United States. The art museum pulls in a million guests yearly through the various art exhibitions, community programs, and facilities. Today, LACMA has a collection of more than 100,000 significant objects that highlight 6,000 years of art history.

Aside from art exhibits, the museum also features film and concert series. LACMA strives to develop in order to present a vast collection of art, music, and film projects. Committed to helping the city, it works together with other curators, educators, and artists on different exhibitions throughout the state of California.

Los Angeles would not be complete without the Hollywood sign. The famous American landmark is located specifically on Mount Lee of the Santa Monica Mountains. The 44-feet tall sign was created in 1923 as a real estate advertisement. Eventually, it became a cultural icon as the famous Hollywood sign appears in many movies and TV shows that are set in California.

There are over 80 districts and neighborhoods in L.A., but the city is grouped into the following areas: Downtown Los Angeles, East Los Angeles and Northeast Los Angeles, South Los Angeles, the Harbor Area, Greater Hollywood, Wilshire, the Westside, and the San Fernando and Crescenta Valleys.

The city of Los Angeles covers has a total area of 502.7 square miles and 468.7 square miles of it are made up of land. Los Angeles is considered both flat and hilly. The highest point of L.A is located at the northeast portion of the San Fernando Valley. Other hilly regions of the city include Mt. Washington, Boyle Heights, the Crenshaw district, and the San Pedro district.

Los Angeles experiences a Mediterranean climate and a plenty of sunshine during the whole year. The city only encounters an average of 35 rainy days annually. Temperatures in the coastal areas are usually over 90 degrees Fahrenheit. When you approach the San Fernando and San Gabriel Valleys, the temperatures are noticeably warmer.

The economy of Los Angeles is influenced by the fashion, entertainment, petroleum, and other related industries. Television, film, music, and video games production are prominent in L.A. In fact, two out of six major film studios in the US are located in the city. Both the entertainment headquarters of Twentieth Century Fox and Paramount Pictures are based in Los Angeles.

In 2017, Los Angeles received an award as the 19th most competitive financial hub in the entire world. It is also considered the biggest manufacturing center in the West Coast. To top it off, Los Angeles was home to six Fortune 500 companies in 2014.

Los Angeles is not like any other city in the U.S because it is filled with budding performers, artists, filmmakers, actors, musicians, and writers. This proves the strong creative influence of Los Angeles. Thus, it is recognized as the “Creative Capital of the World.” 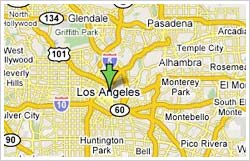